The sequel picks up 10 years later. "It's about what happens when that lazy, 20-something malaise lasts into your 30s. Those dudes are kind of still mired, not in that same exact situation, but in a place where it's time to actually grow up and do something more than just sit around and dissect pop culture and talk about sex," Smith said during an interview at his Hollywood office. "It's: What happened to these dudes?" 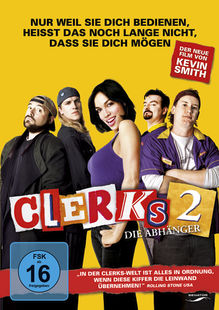